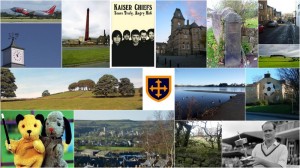 The first meeting of the Aireborough Neighbourhood Forum, on 5th December 2012,  emphasised the opportunities neighbourhood planning gave Aireborough.  Evidence gathering would expose the trajectory of development – and if, as early work suggested, that was ‘negative’,  then a neighbourhood plan was the means by which things could be changed for the better.  The Localism Bill has given communities a tool to shape their own area;  in a faltering country, it was sensible to take up all available tools to forge a new democratic force – even if Government and Local Government officers had not quite got their head around what it actually meant.

Experience was showing that the process of neighbourhood planning,  bringing people together to think about their area and what they wanted from ‘their place’,  was as important as the final plan itself.    In essence it was like a “quest for the holy grail”,  and people had to embark on the process with the knowledge there would be adventurous highs and lows along the way, with inevitable casualties.

The Forum has a lot of issues to overcome, not least, resourcing the work, the uncharted process, and  the timing of the Leeds Core Strategy –  the site allocation consultation is in Spring 2013, but, the local development strategy, the Forum has to conform to,will not be ratified until the Autumn of 2013.  That being said,  there are many placemaking opportunities to grasp,  including looking at an Olympic Legacy for Aireborough,  a network of greenways for easier movement,  and a regenerated local economy which uses local skills and assets, such as the airport, to advantage.

Helen explained to the audience, with the help of her special needs daughter,  that only local people  could successfully complete the neighbourhood plan process,  as they had the unique combined knowledge of what was needed – no ‘far off’ council officer had that.   Meanwhile, Tom inspired people with his case studies on placemaking in Settle and Giggleswick, Brampton, and  Monmouth.

The evening ended with a request for people to pick an area in Aireborough,  and do a place awareness walk (further details) with friends and family, taking pictures of the area that show the beneficial features,  the issues,  and what makes Aireborough,  Aireborough – or could do.

The next Forum meeting will be in mid January 2013, when the photographs from the place awareness walks will be discussed and mapped.