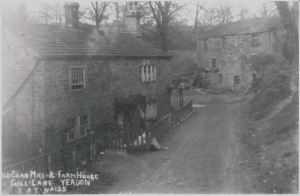 Nether Yeadon, where Yeadon possibly first started before it spread to its current hill top position, has survived for hundreds of years; now it’s threatened by Leeds City Council in their desire to build 66,000 houses; 2,300 in Aireborough. The story of this area, is inspiring local residents to fight to keep it for current and future generations.

The fields and country lanes within Nether Yeadon provide sanctuary from the hustle and bustle of the busy roads and towns nearby – not just for the residents, but also for those passing through.  Leeds City Council’s proposal to build nearly 700 houses in the area immediately surrounding Nether Yeadon has galvanised local residents into action.  Those residents,  are determined to preserve the unique historic character of this charming hamlet and have  started a campaign to afford Nether Yeadon Conservation Area status.

In the Domesday Survey,  the Yeadon area, which included the medieval hamlets of Uppers and Nether (Lower) Yeadon, is recorded as being owned by two Anglo-Saxon noblemen called Gluniairnn and Gamall.  Maps of the time show the main and minor tacks around Nether Yeadon, which follow the roads and lanes we see today.

The 1361-1476 Court Rolls of Yeadon, showed how people like Robert de Yeadon of Nether Yeadon worked land measured in “messuages and bovates” and in addition to paying rent had to do extra work for the landlord.  Later, Henry VIII passed ownership of the estates of Esholt into private lands, which led to the land being worked more profitably than before.

The stream running down the Gill Lane area powered three mills, two for corn and one for scribbling (preparing raw fleece). We know one of the mills pre-dates 1720 because in that year a man was recorded to have been killed near “the new mill in the Gill”. 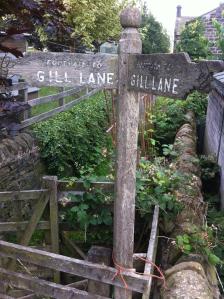 Nether Yeadon was recently visited by Andrew Graham – Senior Urban Design/Conservation Officer with Leeds City Council and he described it as “a rare survivor of the pre-industrial Rawdon & Yeadon area”.  He observed that “The area of Nether Yeadon has great examples of early Yeomen’s houses and agricultural buildings within an established agricultural setting”.  Crucially Andrew Graham also noted “These types of buildings do survive in other areas in the vicinity,  but in those areas they have been altered to a very great degree”.

There are no fewer than 17 grade II Listed Buildings in this hamlet including  Low Hall on Gill Lane; built-in the mid-seventeenth century and owned by the notable  Marshall family of Yeadon, it has a porch that is said to have come from Esholt priory after the dissolution.  The hall was  visited by Winston Churchill during the war, for various meetings: and was also used as a half-way house for Mary Queen of Scots after she sought refuge in England under her cousin Elizabeth I.

Another building of interest is Nether Yeadon School House on Warm Lane which dates back to 1821.  These sit alongside Georgian farmhouses, a 17th century barn and other historical properties.  The layout of the property boundaries and lanes, the spaces between these varied buildings, the views, trees and fields all contribute to the special rural character of this area. Conservation areas protect the whole area not just buildings and this is what we are hoping to achieve.

Oliver Pickering – an Honorary Fellow at the School of English, University of Leeds has completed a study of Yeomen and Clerics focusing on the work of Bishop Jeremy Collier (1650–1726).  Collier was a renowned Theologian and it turns out he has connections to Nether Yeadon.  The Yorkshire family from which Jeremy Collier descends, beginning with his great-grandfather John Collier, lived at “Nether or Lower Yeadon, a township on the north bank of the River Aire”.

“Hope is a vigorous principle … it sets the head and heart to work, and animates a man to do his utmost.”

Acknowledgement – for the help of Aireborough Historical Society in helping reveal the history of this fascinating area of Aireborough.