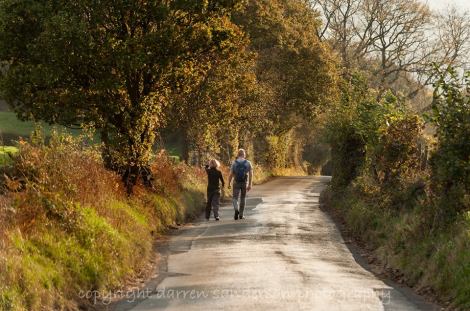 The South Pennines national character area embraces parts of Yorkshire – from Skipton and South Craven, to Otley and Aireborough – as well as parts of Lancashire .

Pennine Prospects, the regional regeneration agency, is coordinating the vision for the area to become a Regional Park, and has received a £183,000 grant from the National Lottery to help make the park a reality. It is working with a range of different organizations, including Aireborough Neighbourhood Development Forum , which is putting together a Neighbourhood Plan for the future development of Guiseley, Yeadon, and surrounding areas.

Jennifer Kirkby, Programme Manager for the ANDS said Aireborough was likely to become part of the park over the next few years.

She added: “We are delighted Pennine Prospects are now able to seek designation for the South Pennines, we have worked with them since 2013 on projects such as an Aireborough Landscape Report , and a study of ancient woodland. Aireborough and Otley are the only areas of Leeds in the South Pennines and through our research we know our millstone grit ‘character’ is important to the way future development unfolds. We are currently focussing on mapping out our green infrastructure for recreation and nature conservation to give us a good backbone for other build development and infrastructure needs up to 2050 – this will eventually become part of the Leeds Local Plan.”

Anyone who would like to examine the work that is ongoing can visit the Aireborough Place Space, Towngate Guiseley on Saturday morning between 10am and 1pm until the end of October – the reports are also available on the ANDF’s website aireboroughnf.com.

NB  The ANDF will have a new walking leaflet for the Guiseley Gap available later in October, and available from The Place Space.